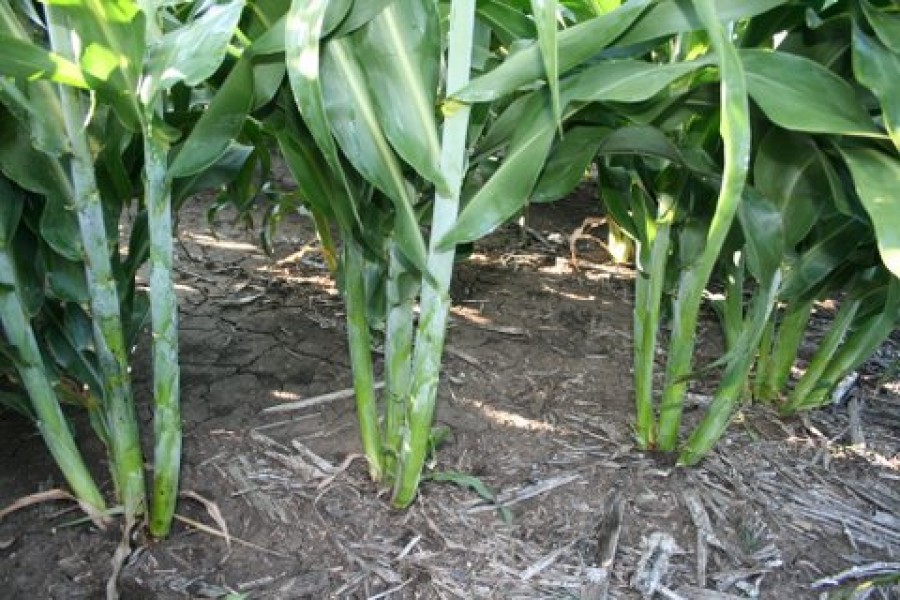 Its long been understood that uneven gappy plant stands reduce yield and promote unevenness in corn crops, but it has been assumed that grain sorghum is not affected by this. Grain sorghums ability to tiller and flex its head size has been thought to allow this versatile crop to compensate for uneven stands. A replicated trial conducted at Pacific Seeds research farm at Gatton in Queensland has busted this myth, yield loss of up to $160/ha was recorded for gaps in the stand greater than 45cm even when the neighboring row was perfectly spaced Figure 1. Yield loss recorded in this trial warrants growers spending more time trying to ensure more even spacing.

Trial Lay out;
The trial was planted on the 15/09/2009, into a full profile; the row spacing was 75 cm and the variety used was MR-Eclipse. Each treatment was hand thinned to the required spacing. Plots then received an early irrigation to ensure good root growth and even tillering. Each plot consisted of 4 rows by 8.5 meters long, 2 out side rows perfectly spaced at 22 cm between plants to aid in compensation, the two inside rows were the treatment rows.

The four treatments were;

Results and Discussions;
The trial grew very well through the vegetative period, and early tillering was high in all treatments, timely rainfall at booting ensured good grain set even though temperatures were hotter than average. The treatments in this trial had optimum conditions to compensate for the gaps in the stand, while there was some compensation through higher tillering head numbers were still reduced compared to the untreated; Figure 4.
Individual head weight also increased compared to the untreated but not enough to compensate for the reduction in head number. The boarder rows which were perfectly spaced showed no significant improvement, indicating that the inter plant spacing has a higher impact on head and grain number than the row spacing.

Conclusion;
It appears that inter plant spacing is more critical in grain sorghum than once thought, other benefits beside yield improvement exist such as;

This trial had very good early growth which allowed for maximum compensation, yield loss is expected to be higher when early conditions reduce tillering of grain number is reduced through stress.

It is time well spent insuring planters are set up well for each field and for each seed lot; there is also a good case for investment in precision planting equipment. At $ 160/ha yield improvement it would be easy to justify investing in new equipment, although a planters only as good as the operator.
Key points to ensure even establishment.

Seed depth is correct and press wheel pressure is adjusted to suit the conditions
Soil temperatures are optium for the crop.

Many thanks to Trevor Philp Pacific Seeds summer crop agronamist for providing this trial data. 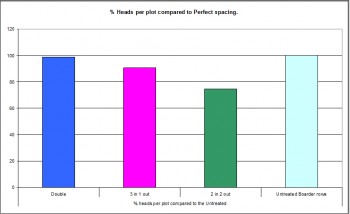 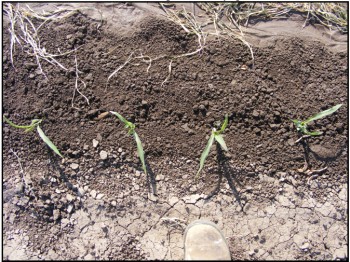 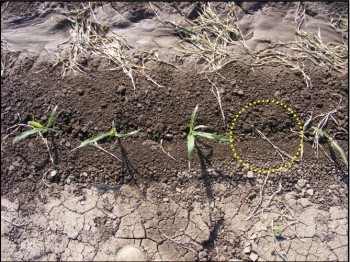 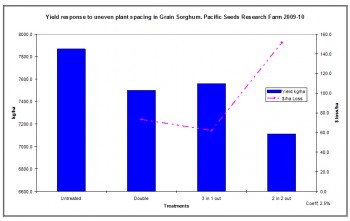